Magnetic resonance imaging (MRI) is a common diagnostic procedure. Patients who receive IV contrast prior to undergoing an MRI, receive a contrast agent containing Gadolinium. Gadolinium-based contrast agents (GBCAs) are  used to improve the detail of some types of tissues visible with an MRI, thereby improving diagnostic accuracy.

However, Gadolinium is a toxic rare earth metal, not part of the normal composition of human tissue, and it does not come without risks 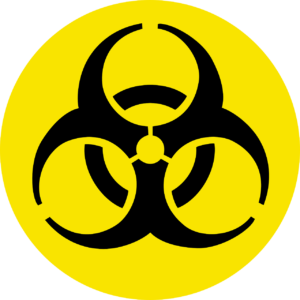 .  Some people have adverse reactions to Gadolinium, and develop a condition being referred to as Gadolinium Deposition Disease (GDD). GDD resembles an acute hypersensitivity reaction, because the symptoms can arise after the administration of any GBCA agent (gadolinium-based contrast agents) and often appear quite soon after GBCA administration, but can appear weeks or months later. Common symptoms of GDD include; Fatigue, Brain Fog, Muscle fasciculations (twitching), Electrical shock sensation, Generalized burning sensation, Pins and needles sensation, Visual Problems, and Headaches and muscle pain. GDD can affect all organs and body systems, the patients are not concentrated in one specialty, and thus, are not diagnosed. The doctors don’t see the pattern.

GDD is a newly described entity. The term GDD has been proposed to describe a condition in which a patient with normal kidney function develops long-lasting symptoms after receiving GBCA exposure, assuming that alternative conditions and causes have been excluded. This entity has been met with skepticism among physicians, mainly because previous papers describing the disease have been criticized for flaws in their methodology. In addition, because such patients have normal or near-normal renal function, they do not conform to the well-accepted understanding that only patients with advanced renal failure are at risk of developing long-standing disease, which in those with renal failure would be nephrogenic systemic fibrosis (NSF) secondary to GBCA administration. NSF is a rare disorder that occurs in some individuals with reduced kidney function, who have been exposed to an intravenous contrast material that contains Gadolinium.

These physicians described the development of new symptoms after the administration of GBCAs, not reflecting a pre- existing disease (i.e., symptoms that they had not experienced before the GBCA administration).

Diethylenetriamene Pentaacetate is a drug that binds to metals in patient’s blood in order to remove the Gadolinium (or other heavy metal, radioactive material, or poison) from the body. Patients receive the chelating agent, DTPA, through an intravenous (IV) infusion, and then are able to excrete the toxic substance through their kidneys.